We all turn into a great philosopher when behind the wheel, questioning life’s greatest quandaries. “What came first, the chicken or the egg?”

Give us the right amount of time and we can settle any debate when we’re behind the wheel. Have you ever really thought about all the little conversations you have with yourself while driving, though? All the time you have to ponder on your surroundings while taking a quick trip to the mall or the beach?

Well we want to know if it’s just us, so we’ve compiled a list of some of the things we ask ourselves everyday when we get behind the wheel. Maybe you share some of the same thoughts. . . or maybe we’re just crazy. 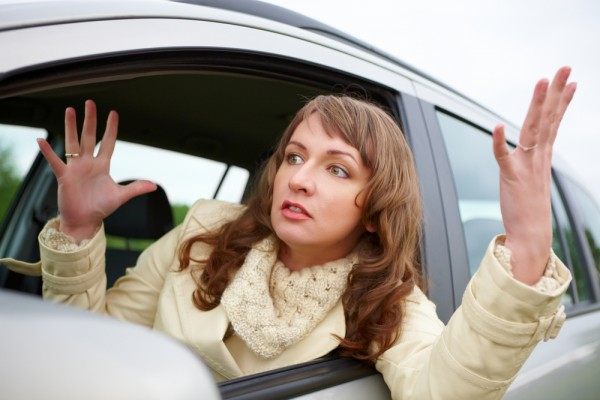 While we do hope that you’re spending most of your time behind the wheel concentrating on the road ahead of you and your safety, we know sometimes our minds wander. Where they go can be a scary place, but hey, you’re not alone!

Traffic, Traffic, Looking for my ChapStick

While B-Rad in Malibu’s Most Wanted took some time out of his traffic jam to write that sick rhyme, you’re left wondering while sitting in yours, “What is traffic and why does it happen?” There’s three lanes, the speed limit is 65-mph, WHY ARE WE AT A DEAD STOP? Oh, there better be an accident when I get to the front of this jam. . . aaaaaaand it’s all because of rubbernecking for a fender bender.

Back to the Future

If Doc Brown can turn a DeLorean in to a flying time machine, why hasn’t a car company figured out how to create a flying car yet? Come on, science! Do you know how badly we want to get in to a car and whisper, “where we’re going. . . we don’t need roads.”

Just how far can we make it while driving on empty? Well, we know Cosmo Kramer pushed the limits, “oh, I’ve been in the slash many times, you get used to it.” While you don’t plan on sucking the fuel-tank dry, you do have plans of making it back and forth to work without stopping for gas.

They Call Me Mellow Yellow

Oh no, the light is changing yellow. What. Does. That. Mean? Slow down or speed up? Well, if I have time to question the greater meaning behind the color, I definitely have enough time to make it before the light turns red. Let’s gun it. The only thing that’s paid less attention to in life is the “Have you read the terms and conditions?” checkbox.

Four-way stops, the true work of the devil. Well, in driving school they taught us to yield to the vehicle to your right. So let that person go. But, what if they then yield to the person to their right, and so on and so on? Oh no, it’s back to you.

Time is a flat circle.

“I’m just going to go, I don’t care about being polite.”

“Don’t worry, we’re not going to be late. I know a shortcut.”” But, do we really? Five minutes in to our ‘shortcut’ after taking a multitude of unnecessary turns and back roads, we all start to question whether our shortcut is really that short.

It’s not, but hey, we all like to think that we’re beating the system, right? 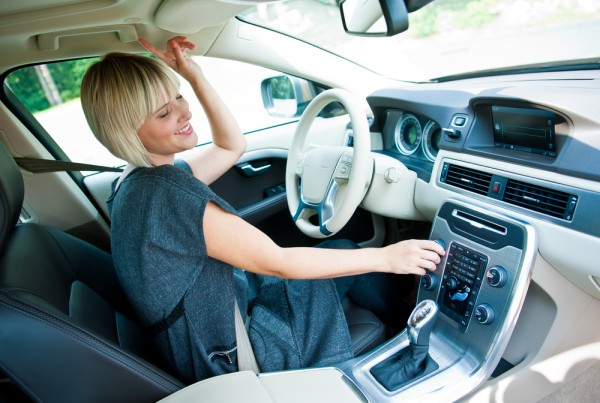 Something to Sing About

I love this song. But I don’t know all the words. Should I sing? I should definitely sing, right? Well I’m just going to mumble through it and hum until it gets to that part, oh here go. Here. We. GO!

I’m having such a good time

See, you’re not alone. At Glenn E. Thomas Dodge Chrysler Jeep, we hope you found yourself saying, “I ask myself that SAME exact question every day while I’m driving.”” Maybe you found yourself judging us throughout it. Either way, we want to hear some of your driving thoughts and some things you find yourself questioning!